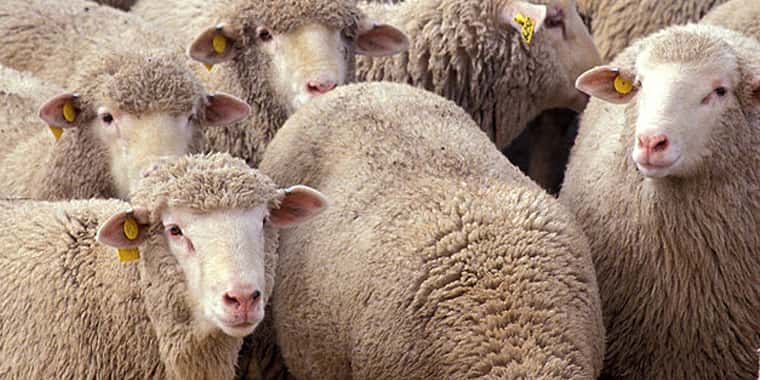 OMAHA (DTN) — Congress and the Obama administration will once again have to decide whether labeling meat with the country of origin is worth the trade headaches it causes.

The World Trade Organization publicly released its latest ruling Monday on the U.S. Country of Origin Labeling law and rule by USDA. The global trade panel found that changes made to COOL in 2013 by USDA actually made livestock trade between the U.S., Canada and Mexico more difficult.

The ruling is a victory not only for Canada and Mexico, but U.S. meatpackers that have long opposed labeling the origin of meat products at retailers. Opponents of the law urged both the Obama administration and Congress to eliminate the rule or change it.

“The WTO decision upholding Canada's and Mexico's challenge to the U.S. COOL rule comes as no surprise. USDA's mandatory COOL rule is not only onerous and burdensome on livestock producers and meat packers and processors, it does not bring the U.S. into compliance with its WTO obligations. By being out of compliance, the U.S. is subject to retaliation from Canada and Mexico that could cost the U.S. economy billions of dollars,” stated the American Meat Institute and North American Meat Association.

The U.S. Trade Representative's Office stated that the trade ambassador is weighing all options, including appeal. USTR stated the WTO continues to affirm that the U.S. has the right to require country-of-origin labeling for meat products, but must change the way it implements those labels.

“While the WTO continues to affirm the right of the United States to require country-of-origin labeling for meat products, we are disappointed that the compliance panels have found that the country-of-origin labeling requirements for beef and pork continue to discriminate against Canadian and Mexican livestock exports. We are considering all options, including appealing the panels' reports,” a USTR spokesman said.

In a statement, a spokesman for the U.S. Department of Agriculture said country-of-origin labels help consumers make informed decisions about products. Moreover, USDA also reiterated the WTO has “reaffirmed the United States' right to provide consumers information about the origin of their food,” the spokesman stated.

“However, we are disappointed with the WTO's finding that the labeling methods for beef and pork do not comply with international trade obligations. USDA will continue to work with the Office of the U.S. Trade Representative as we consider all options for responding to this split decision while complying with the labeling law Congress enacted,” the USDA spokesman stated.

The WTO decision was hailed in Canada as officials there called for immediate elimination of the rule and noted the country will assert its rights to implement retaliatory tariffs against U.S. products if necessary.

“Canada is deeply disappointed that the U.S. has so far been unwilling to make the changes required to respect their trade obligations. In light of today's ruling, Canada calls upon the U.S. to enact legislative change to eliminate COOL's discriminatory treatment against Canadian hogs and cattle,” Canada's agricultural and trade ministers said in a joint statement.

The Canadian Cattlemen's Association noted the WTO panel “unequivocally supports Canada's position” that the changes made to COOL by the Obama administration further harmed trade. The group noted the effect of COOL on Canadian cattle and pork producers was estimated in 2012 to be about $1.1 billion. The Canadian Cattlemen's Association called on Congress to repeal COOL or change the regulation so that U.S. cattle buyers do not have to segregate imported livestock.

U.S. livestock groups have long been divided on COOL, and groups on Monday issued statements supporting their current positions. The National Cattlemen's Beef Association warned that the rule would lead to retaliatory tariffs by Canada and Mexico if COOL is not dropped. NCBA said the group will work with Congress to “to find a permanent solution” to the trade dispute.

“Our producers have already suffered discounts and faced the closure of a number of feedlots and packing plants due to the effects of this short-sighted regulation,” said Bob McCan, president of NCBA. “COOL is a failed program that will soon cost not only the beef industry, but the entire U.S. economy, with no corresponding benefit to consumers or producers.”

The National Pork Producers Council also warned that the U.S. could now face retaliation from Canada on a broad array of products outside of agriculture.

“The United States economy can't afford to have its products restricted, through tariffs, to its No. 1 and 2 exports markets,” said Howard Hill, president of NPPC. “Congress and the White House need to address this now.”

Despite the second adverse ruling by the WTO, the labeling law's strongest advocates stuck to their guns. National Farmers Union stated COOL has strong support among consumers and in rural America.

“American consumers want to know where their food comes from, and America's family farmers and ranchers are proud to provide that information,” said NFU President Roger Johnson. “Nothing about today's ruling changes that rudimentary fact.”

Johnson said the new ruling would take several months to resolve and likely would be appealed, giving the Obama administration time to further comply with any final WTO decisions. Johnson added, “Now is not the time to change the law. It is the time to see the WTO process through to an ultimate conclusion.”

The U.S. Cattlemen's Association reiterated its support for COOL, arguing that the WTO has never said the U.S. cannot require country-of-origin labeling. The group called on the U.S. Trade Representative's Office to appeal the latest ruling and asked USDA to look at other possible rulemaking changes to COOL.

“USCA has tirelessly defended COOL from attack not only at the WTO, but also in our domestic courts and the halls of Congress,” said Danni Beer, president of U.S. Cattlemen's Association. “We will continue to do so in light of today's decision, and we look forward to working with the administration to address the decision in the most constructive way possible.”

Some 60 head of cattle shot in Northern Nevada