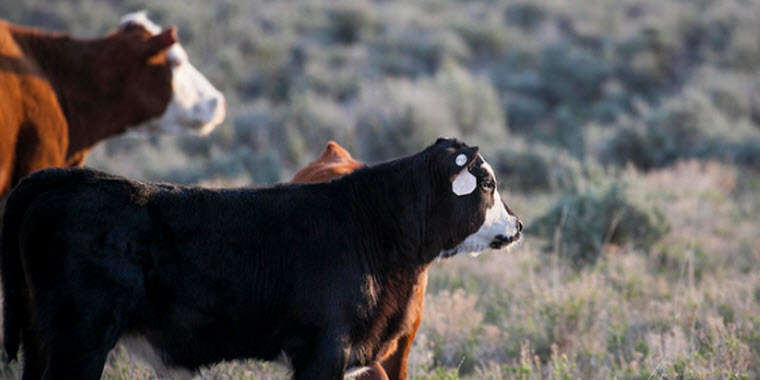 Wyoming Livestock Board (WLSB) and USDA APHIS veterinarians are currently investigating and testing cattle that were potentially exposed to Tuberculosis (TB) in South Dakota.

Wyoming State Veterinarian Jim Logan was notified March 13 that South Dakota's Animal Industry Board and USDA APHIS are investigating a beef herd with TB located in Harding County, S.D. This herd was identified in late February after routine slaughter surveillance discovered three cull cows with lesions. During the epidemiologic investigation, South Dakota found there were 86 heifers purchased from the TB-affected herd and imported into Wyoming prior to the discovery of the infection. The animals were imported legally into Wyoming.

WLSB state veterinarians immediately began an epidemiologic investigation to determine where any exposed heifers from the affected South Dakota herd are currently. Many of those animals still belong to the Wyoming producer who originally purchased them. The veterinarians are also working with a couple of other Wyoming producers who purchased animals from the original importer/producer. Logan noted all producers involved have been very cooperative.

“In order to protect the Wyoming cattle industry from TB, we are taking every precaution to assure that, if it happened to come into Wyoming in these purchased cattle, we will get it found and eliminated before there is disease spread,” said Logan. “This involves herd testing and removal of all of the heifers that came from the South Dakota herd direct to slaughter with regulatory veterinarian examination at slaughter.”

TB surveillance testing involves an injection of Tuberculin in the caudal fold of the tail followed three days later by a palpation of the injection site for a response.

Testing to date has found no evidence of infection in Wyoming.

Additionally, WLSB veterinary staff is working with the state veterinarians of Montana, Nebraska and Colorado, where small numbers of the original 86 heifers imported into Wyoming were subsequently sold prior to anyone being aware that TB was in the South Dakota herd.

Tuberculosis is a contagious disease of both animals and humans. It is caused by three specific types of bacteria that are part of the Mycobacterium (M.) group: M. bovis, M. avium and M. tuberculosis. Bovine TB, caused by M. bovis, can be transmitted from livestock to humans and other animals.

For more information regarding Tuberculosis, please contact the Wyoming Livestock Board Field Office at 307-857-4140.