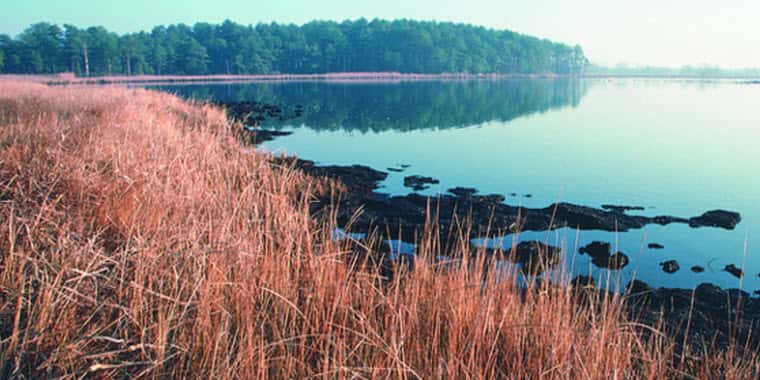 OMAHA (DTN) — The EPA pollution controls in the Chesapeake Bay watershed will stand as the U.S. Supreme Court Monday denied a review in the American Farm Bureau Federation's legal challenge. A previous appeals court ruling in favor of the U.S. Environmental Protection Agency's action in the watershed will stand.

The decision allows EPA to continue requiring the seven states in the Chesapeake Bay to clamp down on nitrogen and phosphorus runoff into the watershed.

In November 2015, several major ag groups, led by the AFBF, asked the court to determine whether states or the federal government has authority under the Clean Water Act to implement and enforce specific nutrient standards. There are thousands of nutrient standards in watersheds across the country known as total maximum daily loads (TMDL). However, AFBF and other agriculture groups have been especially concerned about the Chesapeake Bay TMDL because it encompasses several states and could be used as a model for similar efforts across the country.

In July 2015, the United States Court of Appeals for the Third District in Philadelphia ruled EPA was acting on its authority by implementing numeric standards to reduce the flow of nutrients from farms and other sources in the estuary that covers parts of New York, Pennsylvania, Delaware, Maryland, Virginia, West Virginia and the District of Columbia. The appeals court concluded EPA was acting no differently than it had in implementing thousands of TMDLs across the country.

Farm Bureau originally sued in early 2011 and was joined by the National Chicken Council, the Fertilizer Institute, National Pork Producers Council, National Turkey Federation and National Corn Growers Association in the legal challenge. In their petition to the Supreme Court, the farm groups argued the states' rights issue needs to be resolved by the high court because there are thousands of TMDLs across the country.

“This case concerns EPA's establishment of a TMDL for the Chesapeake Bay — the most far-reaching TMDL ever developed,” the groups wrote in their petition to the Supreme Court. “The cost of state compliance is staggering — tens of billions of dollars. In conflict with other courts of appeals' rulings as to the proper scope of TMDLs, the Third Circuit upheld EPA's interpretation of the act to authorize the bay TMDL.

“The question presented is whether the Third Circuit erred by deferring to EPA's interpretation of the words 'total maximum daily load' to permit EPA to impose a complex regulatory scheme that does much more than cap daily levels of total pollutant loading and that displaces powers reserved to the states.”

It's not known how the death of Supreme Court Justice Antonin Scalia affected the chances of the Chesapeake Bay case being rejected for a hearing. It takes four justices to decide whether to accept a case. On Monday, however, the Supreme Court accepted no new cases for hearings.

Agriculture groups made the case farmers operating in the Chesapeake Bay shoulder the brunt of responsibility in cutting nutrient runoff through expensive conservation efforts and other means, and that state governments have the primary authority to improve water quality.

A number of environmental groups intervened in the case before the Third Circuit, including the Chesapeake Bay Foundation, Defenders of Wildlife, Midshore Riverkeeper Conservancy and the National Wildlife Federation, along with local communities as intervenors or defendants.

Those groups hailed the Supreme Court's denial of a review as an important victory for clean water.

Chesapeake Bay Foundation President William Baker said in a statement Monday the group is hopeful those who opposed the TMDL in the Bay will now become part of the solution to reducing nutrients runoff.

“Now that all of the legal challenges have been denied, we hope those who have opposed the Chesapeake Clean Water Blueprint will devote their time, expertise, and money to working with all of the clean water partners to help save the Bay,” he said. “We have consistently urged partnership not litigation, and now we hope to achieve it. Let's show the world that the polarization which poisons so much of our society today can be rejected here on the Bay. Our collective and collegial efforts to save the bay — a true national treasure — can be a model for other waters worldwide.”

Jane Davenport, senior staff attorney at Defenders of Wildlife said in a statement she believes the TMDL in the Bay will be a model for the rest of the country.

“The Chesapeake Bay blueprint will help restore the incredible economic and recreational benefits that a clean, healthy Bay provides, and will ensure that the water and wildlife of the Bay are protected,” she said.