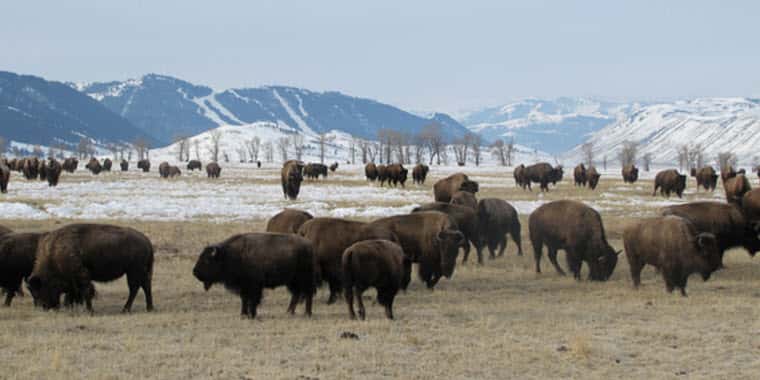 Montana’s livestock industry continues to express its dismay after Governor Steve Bullock announced his decision last week to allow for year-round grazing of bison on the perimeter of Yellowstone National Park in Montana. It’s also an issue that has Agriculture organizations like Montana Farm Bureau Federation and Montana Farmers Union-who often times are at odds with one another-speaking in a loud and united voice.

The reservoir of brucellosis that exists in Yellowstone National Park bison and elk has been a concern of ranchers for decades who fear the disease’s presence puts Montana’s multi-billion dollar livestock industry at risk.

In 2006, the Montana Farm Bureau commissioned a study on Yellowstone National Park bison and their impact on the State of Montana. On Monday, the Northern Ag Network’s Russell Nemetz spoke with Montana Farm Bureau Executive Vice President John Youngberg about the study and last week’s decision and the eerie feeling of déjà vu.

Most North Dakota Crops Project a Loss in 2016