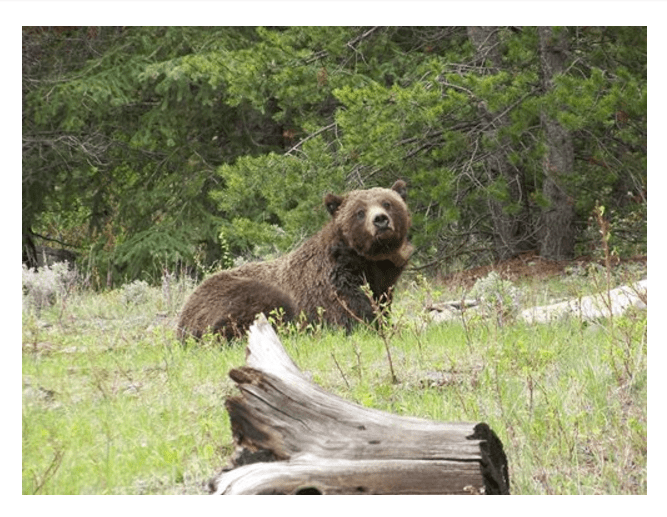 Grizzly bears in the entire Greater Yellowstone Ecosystem, which includes part of Wyoming have been removed from the endangered species list. This means management returns to Wyoming, the other states and tribes in the ecosystem.

The United States Fish and Wildlife Service announced on June 22, 2017 that it was returning management to the states, but there is a 30 day period following the official filing of the rule for delisting.

This of course only includes the grizzly bear in the Yellowstone Ecosystem. Not the 1,000+ grizzly bears living in Western Montana and Idaho.

Environmentalists and animal rights groups are preparing to take the decision to court to try and keep the bear on the ESA.

“The Wyoming Game and Fish Department has taken an active role and invested significant money into recovering grizzly bears for decades. We are ready and excited to lead grizzly bear management now and into the future. Our goal is to effectively maintain a recovered population and manage grizzly bears for our public and for future generations,” said Brian Nesvik, chief of Game and Fish’s wildlife division.

“On the ground management will change very little with the exception being that federal oversight will no longer occur on decisions regarding management actions such as capture, relocation and removal, and hunting of grizzly bears in those areas where Wyoming has jurisdiction,” said Nesvik.

Wyoming, Montana and Idaho all have worked together with partners to have strong management plans in place for this moment. Wyoming’s plan is available online. All the states have many mechanisms in place to ensure grizzly bear populations will remain above recovery criteria and the species will never again need federal protections. The states have also signed onto an agreement that details how they will coordinate their management efforts.

The population estimate inside the Demographic Monitoring Area is estimated conservatively at 690 bears at this time. Wyoming has the largest share of the bear population.

Any consideration of hunting grizzly bears in Wyoming will come after a public discussion allowing for ample time to take input.