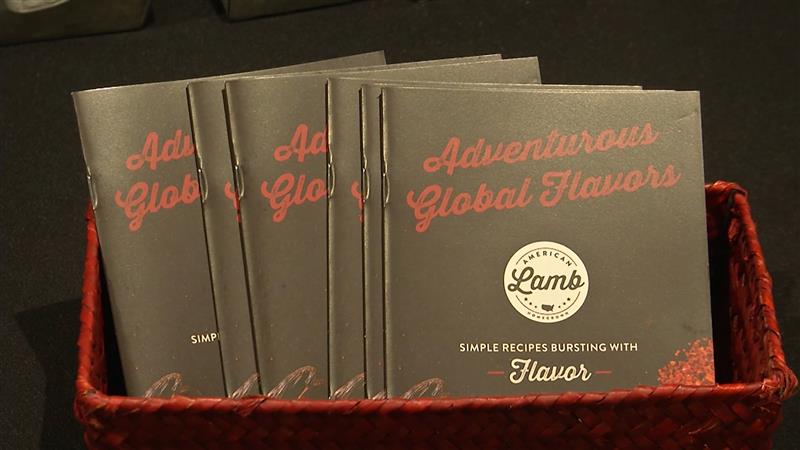 Like other industries, the future of the U.S. Sheep Industry ultimately depends on the ability of young people to be interested in lamb and wool and being able to stay in business.

The American Sheep Industry Association recognized this and a few years ago started the Young Entrepreneurs Committee. North Dakota producer and past ASI president Burdell Johnson is chairman and says these young people have really taken ownership in the committee and their industry.

“This group and the young people who have come in and have done a tremendous job of not only attending but also being leaders,” said Johnson. “They know their role is very important for the future of the industry and they’re doing an awesome job.”

During this year’s ASI convention in New Orleans, one of the Young Entrepreneurs Committee activities was a fun lamb cook-off contest. Five teams competed for bragging rights. And the event even featured a surprise visit by the Marriott of New Orleans executive chef Thorsten Leighty who explained why he’s such a big fan of American lamb.

“What we love about American lamb is it’s just so versatile and meaty plus the flavor profile is fantastic compared to lamb from Australia or New Zealand,” said Leighty.

Pete Camino is a member of the American Lamb Board from Buffalo, Wyo. and says lamb checkoff dollars are being used to help grow consumer demand by offering delicious lamb recipes.

“We have social media bloggers on the coasts and have just now moved into Denver,” said Camino. “These bloggers are constantly putting out recipes on the different uses of lamb. If you want to visit the American Lamb Board website, it will tell you how to find these recipes.”

“It’s kind of a spin-off of gumbo” said Hendrickx. “So, we used ground lamb, peppers, onions, garlic and some tomatoes. We did a sauce of marinara but added Cayan pepper along with some red pepper flakes to give it a little bit of heat that we thought everyone would love.”

If people would like to check out some of those delicious lamb recipes, it’s really easy to do so, visit www.americanlamb.com.