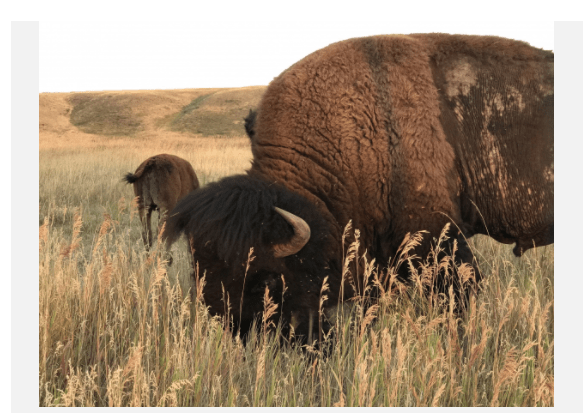 “As the state’s largest organization representing individuals who graze on public lands, our members are very familiar with the permit processes and what processes should be followed. We feel this proposed decision did not take into account the additional vetting and analysis needed to make a decision, stated Vicki Olson, MPLC Chair.

Olson added, “Our organization has brought forth in previous comments the legality of bison’s grazing eligibility under the Taylor Grazing Act as well as concerns regarding rangeland health and the protection of riparian areas.”

“Our organization and our members have consistently provided comments regarding our concerns with APR’s proposals,” said MSGA President Jim Steinbeisser. He continued by saying, “These include concerns over the impacts to the rangeland health, riparian areas, and socioeconomic impacts to the rural communities and the livestock industry. The proposed decision published today did not address the concerns brought forth by our association, as well as numerous other ranching families.”

In recent years, MSGA has raised a variety of issues with the APR’s request to BLM to change the class of livestock from cattle to bison, change the authorized seasons-of-use, and the removal of interior fences and have shared disappointment in the BLM’s draft EA and Finding of No Significant Impact (FONSI).

MSGA added, “This proposed decision is a significant change to grazing on federal lands and could have serious repercussions on BLM grazing throughout the West.”

“In addition to an unacceptable disregard for animal and rangeland health, this decision fails to address the longstanding, science-based concerns raised by Montana ranchers, land managers, and conservation experts. PLC, NCBA, and our partners on the ground have consistently raised foundational flaws in the BLM’s assessment, starting with the inappropriate use of an Environmental Assessment and Finding of No Significant Impact for total conversion of these allotments. This decision poses clear threats to rangeland and riparian ecosystems and is in direct conflict with the agency’s mandated responsibility to uphold multiple use,” said Executive Director of PLC and NCBA Natural Resources Kaitlynn Glover.

“Land management decisions – especially ones that permanently alter the forage profile, soil health, and waterways of a grassland ecosystem – should be led by the expertise of people on the ground. NCBA and PLC stand with Montana Public Lands Council and Montana Stockgrowers Association to ensure the concerns that have been by raised by ranchers in Montana and across the West are not dismissed in this process.”

The BLM will continue to keep the public informed of its land-management decisions. Following the proposed grazing decision’s 15-day protest period and managers’ consideration of any substantive protests from qualified interested parties, BLM will issue a final grazing decision, which initiates a 30-day appeal period in accordance with federal grazing regulations.

Protests of the decision should be in writing and delivered to:

Any protest filed should document the reason(s) why the proposed decision is in error.

USDA to Provide Payments to Livestock Producers Impacted by Drought