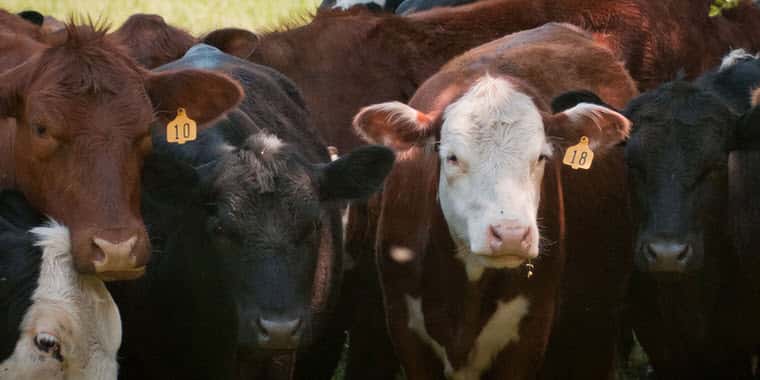 The saga and lawsuit over USDA’s planned implementation of requiring radio frequency identification (RFID) ear tags for cattle continues. On October 4th, Harriet Hageman of the New Civil Liberties Alliance (NCLA), representing R-CALF USA and four of its members, filed a lawsuit in federal district court in Casper, Wyo. alleging that the USDA’s RFID mandate was unlawful and seeking to declare the mandate null and void. Now, R-CALF says that USDA has removed a factsheet on implementation plan for RFID tags from it’s website.

When the ranching group’s lawsuit was filed, the USDA’s guidance document remained displayed on APHIS’ website at https://www.aphis.usda.gov/aphis/ourfocus/animalhealth/SA_Traceability.

According to the above referenced USDA fact sheet, by January 1, 2023, electronic tags that use RFID will be required and all animals who have metal tags will need to be retagged with the approved electronic IDs.

The types of livestock that will require the RFID tags would not change under the new regulations. These would continue to include beef cattle and bison who are sexually intact and 18 months or older; used for rodeo or recreation events, regardless of age; or used for shows or exhibitions. All female dairy cattle and all male dairy cattle born after March 11, 2013. The fact sheet stated that feeder cattle and animals moving directly to slaughter are not subject to RFID requirements.

That timeline stated that as of December 31, 2019, the “USDA will discontinue providing free metal tags;” however, the metal tags will still “be available for purchase on a State-by-State basis” through December 31, 2020.

On January 1, 2021, “Veterinarians and/or producers can no longer apply metal ear tags for official identification and must start using only Official RFID tags.”

The implementation of the electronic tags as the primary form of cattle and bison identification does not require congressional approval.

After the ranching group filed their lawsuit, and before it was removed from the USDA’s website, on Oct. 8, 2019, President Donald J. Trump issued two Executive Orders that, among other things, attempted to stop federal agencies like the USDA from attempting to impose legally binding obligations on U.S. citizens through unlawful means, such as the use of guidance documents that were not created through a lawful rulemaking procedure.

Hageman stated, “We hope that USDA’s removal of the ‘Factsheet’ from its website demonstrates that the agency acknowledges the strength of our lawsuit challenging its illegal effort at mandating RFID for livestock producers who seek to sell their livestock across state lines. Such a move would be a victory for the rule of law, confirm that “guidance” cannot be used to nullify a properly adopted regulation, and provide much needed certainty for the industry.”

Bullard stated, “When we filed our lawsuit we said we were drawing a line in the sand telling the USDA that our industry will no longer stand for the USDA’s blatant overreach and we are pleased that the President of the United States recognizes this as a serious violation of the rights and privileges of U.S. citizens, particularly American cattle ranchers.”