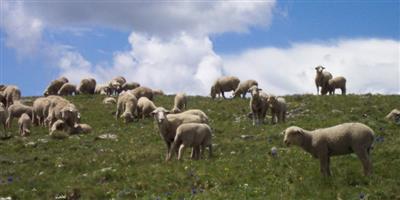 The Next Big Thing in the Sheep Industry

The American Sheep Industry Association held their annual convention in Scottsdale, AZ last week marking 155 years of wool growers members coming together and 31 years under the ASI name. Benny Cox, manager of sheep and goat sales at Producers Livestock Company in San Angelo, TX, and president of the association, was excited about the meeting of 450 sheep producers who covered a wide variety of issues at the meeting.

Cox said one of the biggest challenges facing the wool side of the industry was moving forward on a wool lab for the United States.

“We had a lot of discussions on this since it was one of the bigger challenges we had,” Cox said, “and we came up with $200,000 to set that venture in motion. The National Sheep Industry Improvement Center came up with $100,000, the Sheep Venture Company at $50,000 and the American Sheep Industry at $50,000. Through this agreement, Texas A&M University is going to come up with $100,000 as well and loan the rest of the money to get this lab started. There was a lot of skepticism but if we’re going to have a lab in the U.S. that was most likely our only opportunity.”

Montana State University also has a wool lab that is due for an upgrade in the near future. The facility is used for research but wool growers send samples to be tested at the MSU lab as well. This agreement made with Texas A&M would create a wool lab able to handle the capacity of wool being exported to other countries.

ASI also worked on pushing for more USDA Wildlife Services funding to assist with predator control. Coyotes remain the biggest predator problem that sheep producers face so working with the agency is important as well as keeping the availability of M-44s for predator control.

The H-2A Program has become a bigger concern over the years with producers across the West, where around 40% of the nation’s wool flock live, and Benny says most of those sheep are out on land where they need to be herded.

“The H-2A program is an absolute must for those people in the business in those areas and we push forward and they’ve made some changes but we worked hard on that. We’re going to continue working forward.” Benny said, “We’ve got to maintain that H-2A worker, both sheep herder and shearing capabilities in the U.S. to survive.”

The convention was a success overall. ASI has scheduled their Spring Legislative Trip to Washington D.C. March 10-11, 2020, to talk to lawmakers about what the sheep industry needs from them.